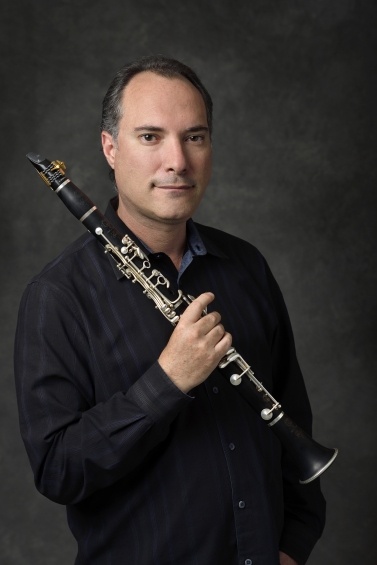 Israeli-American clarinetist Guy Yehuda is recognized as one of the most outstanding and unique talents on the international concert stage today. The top prizewinner of several international competitions, such as the Heida Hermanns and Fischoff, Yehuda was hailed by composer John Corigliano as “One of the most awe-inspiring clarinetists today.” He has toured extensively in Europe, North America, Israel and China. As principal clarinetist, he has performed with the Israel Philharmonic, Lucerne Contemporary Festival Orchestra, Chicago Civic Orchestra, Spoleto Festival Orchestra, Haifa Symphony Orchestra and Cincinnati Chamber Orchestra, among others, as well as guest clarinetist with the Chicago Symphony Orchestra. Yehuda performed on tours of Europe and the U.S. under the batons of top conductors including Pierre Boulez, Zubin Mehta, Kurt Masur and Daniel Barenboim. He performed and collaborated with the world’s top composers and performers including Pierre Boulez, Steve Reich, John Corigliano, Menahem Pressler from the Beaux-Arts Trio, and the Cypress and Harrington String Quartets. A highly demanded musician, he has performed as soloist and chamber musician at the Spoleto, Verbier, Lucerne, Ottawa Chamber Music, Parry Sound, and Domain Forget festivals, and at the Israeli Chamber Music Festivals of Kfar Blum and Haifa.

Yehuda is a sought-after recitalist throughout North America, Europe and Asia. He has performed as soloist in prestigious halls and venues such as Carnegie Hall, Domain Forget, (Canada), Chicago Symphony Hall, Palacio Fuz and Casa di Musica in Portugal, Mann Auditorium in Tel Aviv and Dame Myra Hess Chamber Series. He has appeared regularly as a guest artist on Public Radio across the U.S and abroad, and he has been a frequent artist on a number of live recordings for CBC. His discography includes: Music by French composer Jean Francaix, on the XII-21 Canadian Label; several CD recordings with Albany records; and the most recent release of the Brahms and Reger Sonatas on the Blue Griffin record label in 2015.

Yehuda has given master classes throughout the U.S, Canada, Mexico, Europe, China and Israel. He is a Selmer-Paris and D’Addario Reeds international performing artist and product consultant. He held visiting faculty positions at Indiana University and the University of Virginia, and has been the clarinet professor at the University of North Florida. Currently, he is the Associate Professor and Artist Teacher of Clarinet at Michigan State University College of Music, and principal clarinetist with the Lansing Symphony Orchestra. He is the clarinet faculty resident at the Vianden Summer Festival in Europe, Aria International Music Festival in Massachusetts and Fresno Summer Orchestra Academy in California. 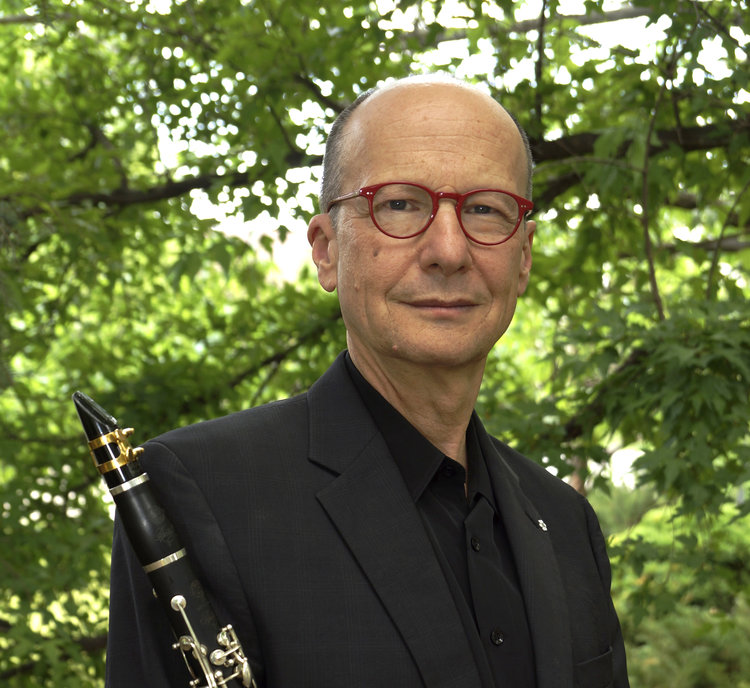 James Campbell has performed as soloist and chamber musician in over 35 countries with over 60 orchestras including the Boston Pops, Montreal Symphony and the London Symphony. He has collaborated with Glenn Gould and Aaron Copland and toured with over 35 string quartets, including the Guarneri, Amadeus (when he replaced an ailing Benny Goodman on a tour of California) and Vermeer.

Of his over 40 recordings, the BBC and The Times of London rated his recording of the Brahms Clarinet Quintet as the best available and his CD Stolen Gems (Marquis Records) won a Juno.

He has been named Canada’s Artist of the Year, awarded the Queen’s Gold and Diamond Jubilee Medal, an Honourary Doctor of Laws, the Order of Canada and has recently been inducted into the CBC’s Classical Music Hall of Fame.

James Campbell has been Artistic Director of the Festival of the Sound since 1985 and has been Professor of Music at the famed Jacobs School of Music, of Indiana University since 1988. He regularly gives master classes throughout the world and is a Selmer Paris Artist.

Kimberly Cole Luevano fulfills multiple callings in life: clarinet performer, chamber music collaborator, teacher/educator/advisor, university administrator, wife, mom, and daughter, amongst many other roles. With reviews such as “a most skillful artist” (Fanfare Magazine), “breathtaking…” (The Clarinet), “virtuosic tone and technique”(Tampa Bay Times), “exceptionally sensitive and introspective rendition” (The Clarinet), she has continually established herself as a formidable soloist and chamber musician.  Currently Professor of Clarinet and Chair of the Division of Instrumental Studies in the College of Music at the University of North Texas, Luevano relishes her work with UNT’s diverse, talented students and colleagues. Luevano joined the UNT faculty in 2011, taught at the Interlochen Arts Camp from 2003 to 2012, and has served the International Clarinet Association as Pedagogy Chair and coordinator of their High School Competition. Luevano has presented acclaimed solo and chamber performances, adjudicated, and presented masterclasses on four continents. Former students have been prize winners in international competitions and now occupy performing and teaching positions throughout North America. With pianist Midori Koga and soprano Lindsay Kesselman, she forms the trio, Haven; she is also a founding member of the acclaimed clarinet, violin, and piano trio, TrioPolis.

Haven received 2021 commissioning grants from both the Chamber Music America Classical Commissioning Fund and the Barlow Foundation to partner with composers Ivette Herryman-Rodriguez and David Biedenbender, respectively, in the creation of new works for the trio. Haven also released their CD, Twinge, in 2019. Luevano recorded William Bolcom’s Clarinet Concerto in 2022 for release on the GIA label with Eugene Corporon and the North Texas Wind Symphony. GIA also released their recording of Michael Daugherty’s Brooklyn Bridge in 2016. Luevano’s recordings on the Fleur de Son label, Bright Angel (2013) and Atonement (2015), received critical acclaim and were included in the Grammy nomination process. Her world premiere recordings with TrioPolis, TrioPolis One, was released on the Fleur de Son label in 2017. Numerous chamber recordings are available on the Centaur and Albany labels.

Luevano plays and endorses Selmer Paris instruments and is a D’Addario and Company Performing Artist. She resides in Corinth, Texas with her husband and savors time spent with her two college-aged sons and her spirited border collie. 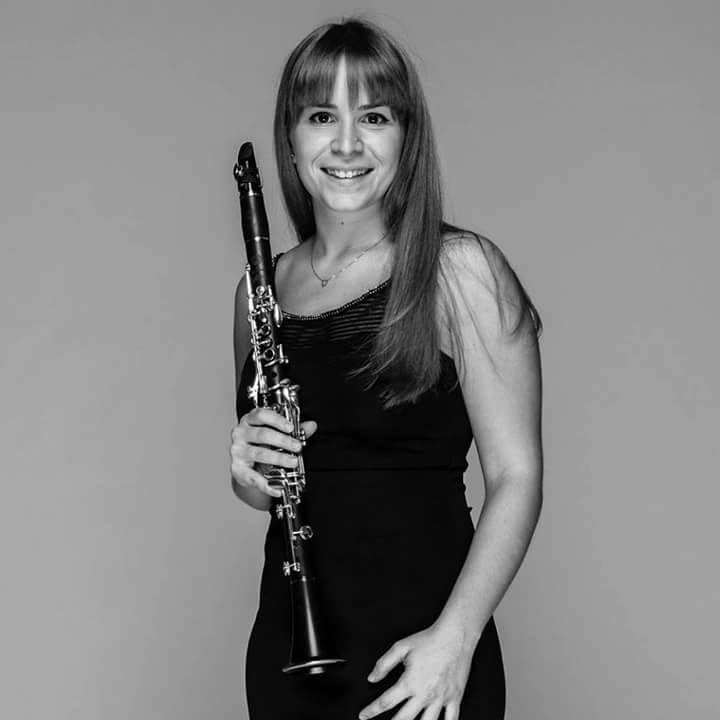 Maura Marinucci is the principal clarinet of the Brussels Philharmonic. 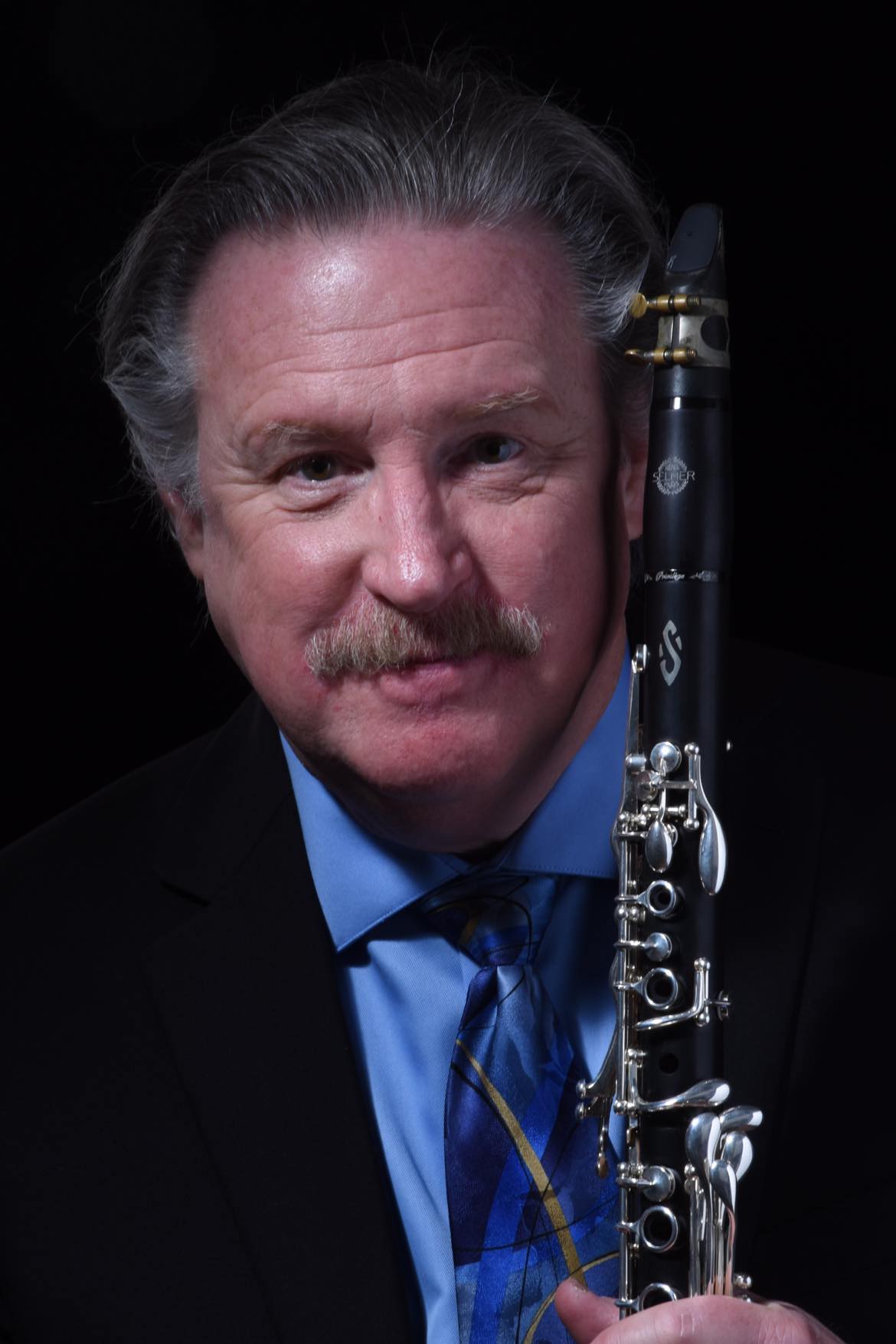 Robert Spring, described as “one of this country’s most sensitive and talented clarinetists”, Arizona Republic,  “dazzled his audience…flawless technique”, The Clarinet Magazine, and “a formidable soloist…played with great emotional life” Copenhagen, Denmark, Politiken.  His recording of Joan Tower’s works for clarinet was described by The Clarinet Magazine as “truly outstanding….one would be hard pressed to find better performances of contemporary music ”  The Instrumentalist Magazine says of his recording, “Dragon’s Tongue”, “His musicality and technique make this recording a must for every CD collection.”    Fanfare Magazine says of the CD, “Tarantelle”, “This recording was meant to amaze and, man, it succeeds.”

The America Record Guide writes of his recording of the Copland Clarinet Concerto, “Spring is fabulous in the Copland. His phrasing is elegant swing tailored with great flow and a spread of tone colors and expressive subtleties. His low-and mid-range are especially warm, rich, and embracing and highly effective in the introduction and in the bridge to the jazzy finale. And boy what a finale! The pace is neatly judged to pick up at critical junctures so that, by the end, it feels like an improvised jam session.” 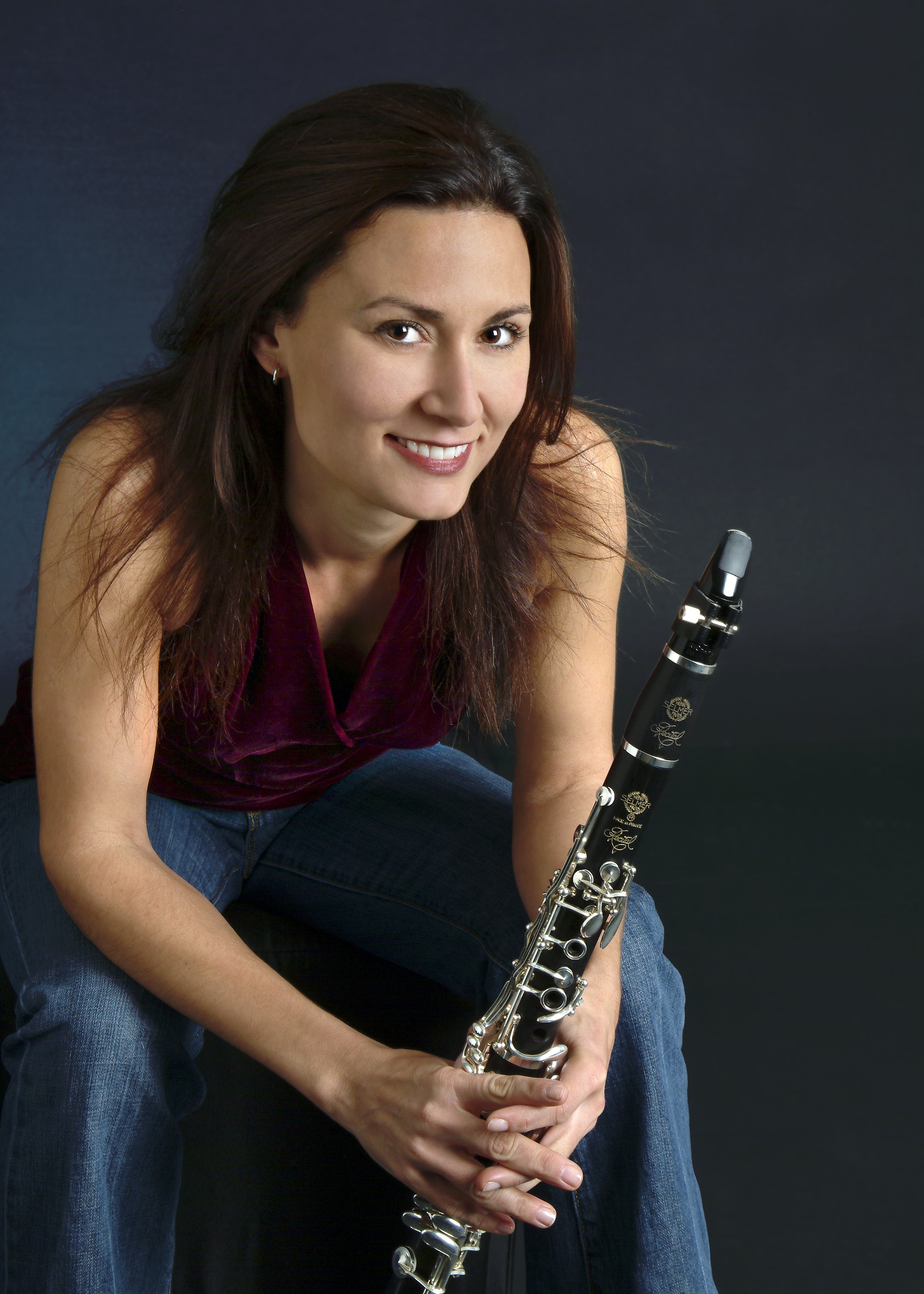 Tasha Warren, assistant professor of chamber music at the Michigan State University College of Music, is an avid teacher and international performer. She has premiered hundreds of solo clarinet and chamber works working closely with composers and conductors including Shulamit Ran, Augusta Read Thomas, Cliff Colnot, and Oliver Knussen. She has recorded with Innova, Alba, SCI, and Crystal Records, the I.U. New Music Ensemble, Hal Leonard Productions, CBC Radio, and PBC Korea Television. Her most recent CD, Black Lines, chamber music for clarinet and strings, was released in 2018 on Centaur Records.

Warren has taught on the music performance faculties of Louisiana State University and the University of Virginia. As clarinetist with American Modern Ensemble, Warren currently serves on the faculty of Mostly Modern Festival. She played principal clarinet with the Charlottesville Symphony Orchestra from 2009-2011, and Columbus Indiana Philharmonic from 2004-2009. She has implemented chamber music programs with MAYO Youth Orchestra, University of Virginia, and the Jacksonville Symphony Youth Orchestra.